For the Love of Character

When I read as a child, I always assumed that writers loved their characters. How could they not when I loved them so much and I had not created them? In my naiveté, I imagined they all came from people the authors loved, who existed in their lives. As I got older and characters became more complicated, I was sometimes shocked at the challenges characters faced. I remember reading The Giver and being appalled that Jonas had to leave his family behind, that he was put in the position to potentially die. It seemed a cruel way to treat a character that Lois Lowry took so much time to create. As I read more widely I saw more and more characters facing greater challenges. I thought about what it must take to put a loved character through so much turmoil. 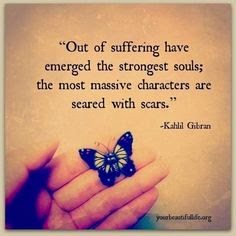 For a long time in my writing, I played it safe with my protagonists. The worlds I created were a way to get out of my own, so why would I make it just as harsh? It took me a long time to think of character development differently. It took reading a ton more books, and challenging myself to ask, What if? a lot more deliberately when considering plot turns. I am very much a character-driven writer so for me, mapping out plot points takes effort and thought. I can’t just let things happen to my characters, they need to be actively making things happen. That may sound easy but it’s not. Making characters face consequences is harder than making my daughter face them. At least my daughter can protest her point if she feels wronged, or accept a hug when she feels alone. With characters, sometimes you have to keep putting them in harder and harder situations so that you increase the stakes for the reader. When readers worry about a character, they grow closer to them. They feel for them in a way that is similar to how sports fans love an underdog.

Putting that into practice has left me in tears, seriously. I have sat in the library, writing scenes where I strip away all that a character holds dear, tears streaming down my cheeks. I wanted to reach into the screen and pull my characters into an embrace where I could protect them. But, I knew that wasn’t what was best for the story. They had to suffer in order to develop. They had to have experiences that challenged them to the core, just like we have in real life. On the plus side, I knew that after leaving them with nothing, the payoff had to be huge. I owed that to my characters. I owed that to myself, too.

I wasn’t able to do that very well for a long time. What I thought were tough times for my characters were really not, and often times they were too passive. My advisors at school would push me to do more to them, to make the characters do more. I would often sit at my computer reading their feedback over and over again, feeling fiercely protective of my protagonist. I didn’t want to make life hard on them. I didn’t want to hurt them. 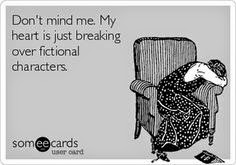 But, I did. Tears be damned I pushed myself and my advisors were right, the story was better because of it. My characters developed in such a way that I was proud of them in the end. They started as loved ones to be coddled and ended as survivors to be respected and admired.

Of course, I don’t love every character I create. I thoroughly dislike a lot of them. Some of them are too arrogant, some of them haven’t been through enough to have earned my respect. Others don’t have a strong backbone. But they are necessary to the story so I have to give them the same consideration as the protagonists that I grow to love. All characters have a precise purpose in moving a story along. Before I write one into a story, I ask myself, "What is this character’s purpose? Is this character necessary?" If I can’t think of more than one reason why a character should exist I don’t include her. Throwing in characters just to move your story to another point is confusing for readers. They have to decide how they feel about that character and if the character isn’t truly relevant to your story, why make the reader invest in her?

When I was in grad school there was a term students and staff used for writing ploys that served no real purpose. We called them Plot Bitches. Plot Bitches aren’t exclusive to characters, but writers tend to turn to them a lot when trying to make something happen in a story. It’s easy to do. You need your protagonist to do something, or make a certain decision? Throw in another character to make it so. But then what? What happens to that new character after they fulfill their role? Instead of a Plot Bitch, is there another way to manipulate the story to get your protagonist where you need her? Usually there is. It’s not always easily apparent and it takes some thought, but I can guarantee you that it’s worth the extra effort in the end.

Ultimately, readers will love and hate characters for reasons no writer can predict. Eliciting feeling from your reader means you are doing something right, and for me, it is the driver in my writing. If I don't feel anything for my characters, how can I expect anyone else to? I am glad when my characters evoke strong emotions in me. My goal is that they will do the same for my reader.
Posted by C.Fernandez-Morrow at 6:00 AM