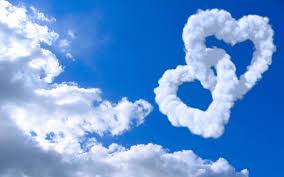 On January 17th I was lucky enough to attend a beautiful wedding of a dear friend. I met the couple in graduate school and it was a great opportunity to see other members of my Tribe for the weekend.

Aside from being a fun wedding surrounded by friends, it was more to me. The groom had lost his first wife and as a widow, I watched with admiration at his being able to open up to love again. His love and happiness was without question and it was inspiring. I saw in his eyes feelings that I have often wondered if I will ever feel again. It also made me face some questions that have been dormant for a long time in my mind.

Will I ever be able to love so wholly again?
This question haunts me because the answer is so unclear. It brings up more questions that make my head spin. Do I want to love again wholly and without reservation? Definitely, no question. Will I be able to is where it gets tricky. Opening myself up to love means taking the risk that I will be hurt again. Not only by loss of life, but also by the normal pains that come with new relationships, growing as a couple and deciding to put someone else's happiness on par with my own. After the hurt of such a grave loss, will the normal growing pains of love feel more pronounced? Am I more sensitive to the normal dips that come with any romantic relationship? I don't have answers to that. I know that only giving in to love will yield answers, but do I even have the courage to find out if I can?

This question weighs heaviest on me because at 35 years old, I don't want to face the rest of my life alone. I enjoyed being married. It was awesome to have my best friend be a part of everything I did. Planning for our future together made it feel more worthwhile. His successes were mine and vice versa. I miss having someone think about me, considering my happiness with their own. I sometimes get anxious thinking that most people spend a lifetime looking for what I had, and that for me to expect to have it twice in one lifetime is selfish and unreasonable. Then I see a display of second chances like I saw at my friend's wedding and it reminds me that what is unreasonable is my negativity and that I need to continue to work on that.

Is there someone out there willing to take on the whole package?
When I met Warren I was fresh out of college, in my twenties and felt optimistic about the future because it seemed so infinite. I had no children to think about, no mortgage to pay, and my family was over 300 miles away so I was able to live an independent life.

Today I have a ten year-old daughter who has told me on several occasions that she does not want me to date. For those of you who know my parenting style, you know that I did not pacify her request. I made it clear that man or no man in my life is my choice, but I did assure her that her happiness is a factor in my decision. As a widow I don't have the divorcee's "the kid's are with dad" to rely on so I have to make sure not to compromise my time with her (not to mention also making time for work, writing, staying healthy, my family and friends) when making time for a relationship.

I always had a job, internship or variation of both in the days I dated, but today I carry a mortgage. In addition I have the sole responsibility of caring for someone else, as all single moms do. I can't spend frivolously on new clothes for dates, or on expensive luxuries like regular manicures and pedicures. I have to be careful with expenses and make sure that if I do indulge in these types of excesses that it doesn't get in the way of meeting my financial obligations that others depend on me to fulfill.

For Warren, family was ascendant. He was the biggest advocate of having my family move to Des Moines. He opened his bachelor pad to my brother and father and became their roommate before we were engaged. During our engagement he lived with my entire family while I lived in Kansas City. We started our marriage with a full house of Fernandez' and he never indicated that he wanted it otherwise. He doled out keys to our house and always saw it as the family home, even when I protested in favor of some privacy and boundaries. But then again, Warren was also young at the time and missed his family. He grew up in a close family as well and surrounded by his family was when he felt most loved. Embracing my family came natural to him.

To think that I will find another man who is as receptive seems incredibly naive and delusional. Most marriages cannot survive the weight of more than one family, which is why some couples choose to put some distance between themselves and their families. It is hard enough to nurture one family, but when you have to keep more than one afloat, it can have disastrous results, no matter how much love is at the core of those relationships.

My parents live in-house and down the street. The privacy and independence I had as a twenty-something no longer exists when your dad walks into your house whenever he pleases, and your mom sleeps above your bedroom. I am lucky to be part of a close-knit family that I spend time helping, sharing with and celebrating. Any man who wants to be part of my life must understand that they are part of the package deal.

Would any man be brave enough to be Act II?
Warren wasn't perfect by any means. But, he had an abundance of great qualities and a heart for giving that has so far been unparalleled in my life. He never bragged or did anything for recognition, yet if you Google him you will see an impact that goes way beyond his 34 years on earth. He often told me that he felt that his role in this life was to help make it better for others. I saw him do it on a daily basis and it made me a better person. Upon his death many recalled how he had impacted them and I learned of good deeds he'd done that I had no idea about. It was moving and still brings me tremendous pride. But it also leaves a huge shadow that looms beside me.

I know that anyone I enter into a relationship with will be outstanding by their own merits and be unique in how they love me. I am committed to seeing them for who they are and not comparing them to Warren. It won't be easy, but I know that if I fall in love with someone I will be excited about who that person is, and it will make it easier to see them for who they are, and not for who they are not. I am confident about this because I am still drawn to the values that drew me to Warren and can't imagine being with someone whose values differ from mine. It doesn't mean that the person will choose to execute them the same way Warren did, or even how I do. It just means that I want to be with a person who meets my core beliefs, however it is they do so. What worries me is the reactions of others.

I know that as long as I'm happy I shouldn't care what other people think, but I value the thoughts of those closest to me. I don't want to make them worry about me, or disappoint them. Having a bevy of opinionated women in my life, I know they'll have regular comparisons and I don't want anything new to be tainted by comparing it to something that no longer is. Hearing how a new person or relationship is like my old one will do nothing to help build something new and can be poisonous to starting over. It carries the implication that what can be is not as good as what was, even though what was can never be.

Ultimately, I know that the only way to answer any of these questions is to live. That is the only way to know how I will react when love finds me again. As much as I wish it to be, there is no crystal ball, fortune teller or medium who can tell me with certainty where life will take me, and whether a new love is part of the journey. Every day I must be ready to face what comes and have the courage to step up to whatever happens.
Posted by C.Fernandez-Morrow at 6:00 AM