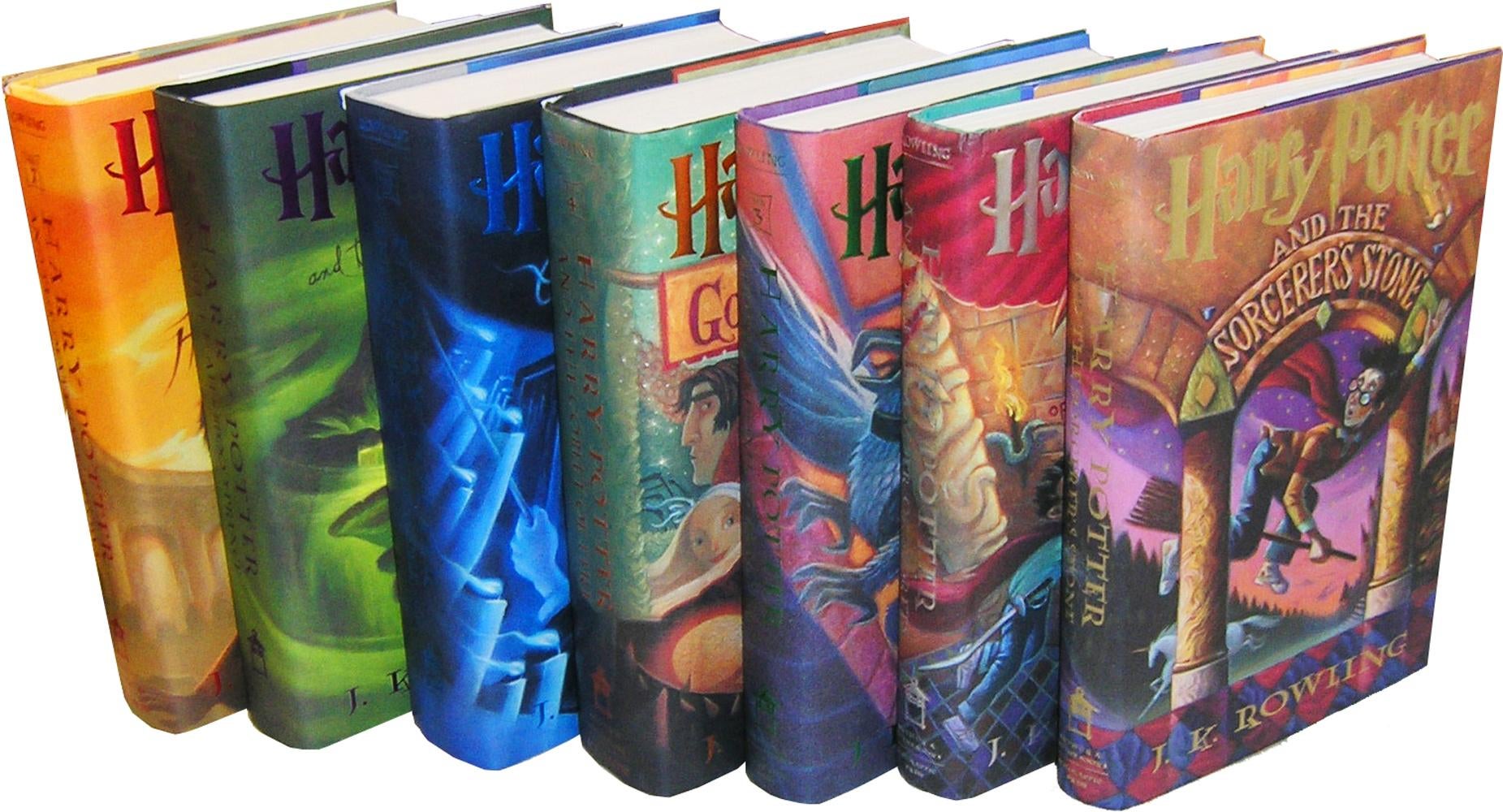 Most books I read are contemporary fiction or memoirs. Occasionally I like to step away from those genres and try something different. Before pursuing a graduate degree in writing for children and young adults I never had an interest in reading Harry Potter. But after my first semester when I heard so many references to it, I decided I should read the books. I wanted to better understand how one author - one series - turned thousands on to reading, and influenced so many of my grad school peers to write for children. This post is not a review of those books in any way. I definitely recommend them, but that's beside the point. What sticks out in my mind are the subtle ways the books address life lessons that I think about often.

Both of which have been huge in my life, especially in the last few years, so perhaps that is why they stuck out to me so vividly as I read the books. I'm sure if you ask my daughter, who read the books with me, she might have other themes she remembers from the books, but for me, these two were most outstanding.

Friends:
At the core of the books is a friendship between Harry, Hermione and Ron. They come from very different backgrounds, they have different goals in life. They are of different genders and abilities. Yet, they share a desire to abolish evil and do so by sticking together and helping one another. Those are the kinds of friends everyone wants. I am lucky beyond measure to have such friends in my life. Granted, we've never had to face a Basilisk, but we've faced scary times: divorce, sick children, lay-offs, out-of-state moves, infertility, near-death experiences, overbearing parents and in-laws, cancer scares, death, and the ups and downs of every day life as adults.

Like Harry and his gang, we haven't always liked each other, at times we've gone months without speaking, and there were times when we weren't as close as we'd like to be. But those things did not end the love we have for each other as friends. We did not hold grudges or deny one another support when needed. Friendship comes with ebbs and flows and when you have true friends in your life you love them despite time, distance, and adult tantrums. They become the family you choose, those you admire, support, emulate and cheer on, just like the kids in the Harry Potter series.

The older I get, the more I see how valuable and rare friendships are. They are a lifeline for me. I don't know who I would be without my friends. They keep me grounded, motivate me, and are who I turn to in the absence of my ultimate BFF. At Harry Potter's age I had no idea about the importance of genuine friends. I was fickle, as are most eleven year olds, and imagined that I would always have friends, even if the quality of those relationships was questionable. The more I meet adults who tell me of their loneliness and lack of close friends, the more I hold mine in deeper esteem. It is amazing that a child in a book knew the value of friendship in a way that took me decades to learn. But then again, Harry Potter was written by an adult so perhaps J.K. Rowling had already learned that lesson in her own life and was hoping to pass it on to younger generations.

Death:
Lots of children's books feature dead parents so in that respect, Harry Potter isn't unique. What struck me was how much death there is throughout the series. What was missing was a true depiction of grief, but perhaps that's a post for another time. Several characters die, many times multiple characters in one book. Rowling did not merely add peripheral characters to later kill them off. She killed characters that were near and dear to Harry and his friends. She killed characters that her readers had grown to love. That was brave and honest of her because that is how life really is. Even for children, death does not discriminate. They lose distant relatives they've never met, along with beloved pets, siblings, best friends and parents.

Because of this fact, I chose to have a children's message at Warren's funeral. Many people thanked me for it. They said they had a hard time figuring out how to explain death to their kids and the children's message helped. Many of them had never taken their children to a funeral before, but I made it clear that children were welcome at this one. How could they not be? They were a huge part of Warren's life - from foster children he had cared for, to the nieces and nephews he adored - and their loss needed to be addressed. I was glad that his death could open the kids' eyes to loss in whatever way they internalized it. Some asked Ariana what it was like to lose her dad. Others showed enormous expressions of compassion and love towards our loss, even if they didn't fully understand the magnitude of what we were going through. They understood, at their core, that we were hurting and wanted to offer comfort in the form of hugs, pictures they drew,  and some even cried with us.

In the books, almost every death comes at the hands of something evil and is incredibly unfair to Harry and the other characters. I could relate to how they felt. Characters were ripped away by Dementors, selfish acts of those in power, and an antagonist who feared death more than anything in the world. Lord Valdemort took those closest to Harry. The Lord took the person closest to me. Now before you send me hate mail for comparing a villain to Christ, hold on a second. The only thing they share is the name "Lord". I do not consider the Lord evil by any means. In fact, this is leading in the opposite direction of that so bear with me and keep an open mind. 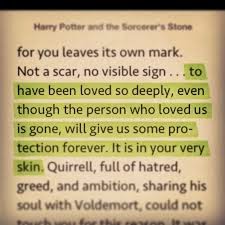 To be clear, I'm not going to lie and say that I am not still angry that God took Warren. I may never get over that anger. But, like Harry, I would much rather focus on the good that's left in my life. What Harry got with his parents and what I got with Warren was true, infinite love. That is a gift from God. I realize that. It is what reassures me that no matter how hurt I am by what happened, I know that I have not been abandoned by God. Harry never mentions God, but he thrives on love. The love he feels for his family and friends motivates him to fight evil. It makes him brave at times when most would cower in fear and run away, instead of doing what they know to be right in the face of something horrifying.

That is very much what widowhood is like. Facing every day without your other half is scary on many levels. The doubts that you can't live up to what your loved one would want for you, the despair that you will never be loved again, the worry that you can't make it on your own - these are the internal demons I deal with on a sometimes hourly basis. I have to be brave and fight those thoughts with facts and faith several times a day. It's not much different than some of the trials the kids in the book had to face in order to keep evil away from their lives. Sometimes they succeeded, sometimes someone died.

Despite the use of magic wands, helpful elves, and powerful spells the kids lost several loved ones. They could not create a perfect world. Doing what was right, overcoming fears, and their love for each other could not spare them from death or pain. That's a heck of a lesson for anyone to learn, and I especially love that Rowling trusted children enough to make it part of the lesson from the very first book. She wrote what needed to be written and death is something that all kids will have to face at some point. It will never be fair, and they will always feel powerless against it, even as adults. But, what Harry Potter taught me is that even in the face of that injustice, there can be love and it's best to surround yourself with love to overcome the pain of loss.
Posted by C.Fernandez-Morrow at 5:00 AM