There are several challenges that float through Facebook. I ignore 99.9% of them, but I was tagged in one and thought I'd have more fun addressing it here. It's the 7-7-7 challenge. It stands for 7 sentences from page 7 of a current WIP (work in progress), then tagging 7 writers to participate (I'm not doing that last part. I guess I'm doing the 7-7 Challenge). 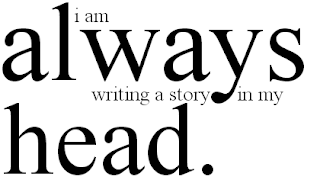 Like most writers, I have several works in progress at any given time. I dabble in them depending on my mood, and rarely share them. But, today this challenge got my attention and I'm giving it a shot.

Aside from working on revisions for the YA manuscript that is getting ready to go on submission (GULP), I am working on a middle grade novel about a Mexican American boy who moves from LA to a small town in Central Iowa. It centers around his trials at trying to fit in while being one of the first Latinos to move to the town. It is based loosely on stories I've heard from Iowans who lived through that experience in the mid-nineteen-nineties.

For this story, I thought that I was taking a step back from making it personal in the way that my other stories are. For starters, Guillermo the main character, is male. He is younger than the ones I usually write, but I love his innocence and curiosity. He isn't jaded and cynical like the teens I usually write. Aside from being from a poor family, he hasn't encountered death, violence, drugs and neglect like my other characters do. He has lived a mostly sheltered life, although he's starting to see the world as more complex when he faces intolerance and ignorance in his new home. He wants to belong in a way that all kids do, but has to contend with getting out of his older brother's shadow.

Of course, like all writing that comes from the heart, I can't escape writing myself into the story. My experiences as an adolescent were different, but some of the ways he handles challenges come from my reactions to similar situations. His questions were once mine as I encountered bigotry; classism; sexism; ridicule, and a longing to be like everyone else, even as I knew I was distinct in a way I could never hide. Writing this story has become personal in ways I had not imagined when I started, but it has made the story that much more endearing. It inspires me to keep at it, even though I have yet to dive into the story arc, and am still unsure of how to plot the main desire lines of my characters.

It has been fun living in his world of trailer parks and small town Iowa. It's not a world I have ever experienced and has taken hours of research, from touring trailer parks via YouTube, to visiting small Iowa towns and talking to friends who grew up in them. It has taken me on Internet searches for meat packing operations and made me recall touring a Tyson plant in Perry, Iowa over a decade ago. I have sat quietly in playgrounds and malls to observe boys more or less his age (not in a pervy way) and noted their vocabulary, mannerisms, how they interact, and what makes them laugh. It's been like a social experiment and I have enjoyed it along the way. It makes me excited to one day have a writing life that does not include full and part time jobs that take time away from feeding my passion.

Back to the challenge... At this time, this particular story is a series of scenes. It started with journal entries and I removed them, wrote them as scenes and used them as background. As I read through it I am debating whether to bring them back, or keep the story flowing as vignettes of his life in this new place. It is in very raw form so bear with me, as it is like a piece of clay that has yet to take the shape it was meant to be.

Page 7:
In this scene, Guillermo and his family have just completed the cross-country journey from LA to their new hometown. When he was told of the move, Guillermo imagined his family moving into a house where he'd finally have his own room. During the road trip he began to decorate his new bedroom in his head, excited at the envy it would elicit from his friends back home who all shared a room with siblings. Instead, his family moves into a trailer, as was common when Latinos first moved to work meat packing plants in towns across Iowa. Sadly. as close as the mid-nineties most Iowans did not want to rent or sell homes to Latinos so trailers were their only options.

This early in the story, Guillermo and his fourteen year-old brother have no idea about the racism that dictates their living situation. In their mind, their family has made a mistake and the boys are angry and disappointed, their excitement extinguished when they learn that not only will they not have their own rooms, but they will be sleeping on the couch until further notice because the trailer only has one bedroom, and is smaller than the converted garage they called home back in California.

Here is my response to the 7-7-7 Challenge: 7 sentences from page 7 (minus tagging 7 writers):

Ma told them to unpack their sleeping bags and the overnight bags they kept in the back seat. It was too late to unpack the trailer and they did not want to wake the neighbors, whose trailers were less than ten feet from theirs.

Guillermo looked around one last time before following everyone back outside. He wondered how all their stuff would fit in such a small space. He wondered if they were really poor now. He wondered why his dad was so excited about Iowa. He wondered how planet earth could house a place as cold as this, on the same continent as sunny California.

Beyond this, Guillermo goes on to experience trying to make a snowball (it's harder than you would think to create a ball out of the powdery fluffiness that falls in the Midwest), writing his name in said snow and getting caught. He thinks he's going to die during a tornado drill, and has to be strong as the strain of living in such a foreign place puts a strain on his parent's marriage. There is a lot of social commentary sprinkled throughout, as experienced, seen and digested from the perspective of a twelve year-old boy. The world I am creating is one that unfortunately, too many kids can probably relate to when it comes to proving their worth and finding value within themselves when no one else sees it.

I am roughly 12,000 words into this story, so there is a lot that has yet to be developed, but it is a work of passion, and the art of my soul. And of course, it's totally personal.

Posted by C.Fernandez-Morrow at 5:00 AM