February 15, 2016 marked 4 years since Warren's passing. In truth, sometimes I can barely recognize the life we used to live together. Was that really my life? Was I really that person?

While in the scheme of things, four years is nothing, in grief years, it feels like forty.

The first year anniversary I was still in shock and numb. I went through the motions of the day not really knowing how to accept that it had been a year since his death. I was unsure of how to approach it. I was lucky that my friends enveloped me in laughter, attention and understanding. They shared memories with me, allowed me to cry if I needed to, and provided a space of acceptance. 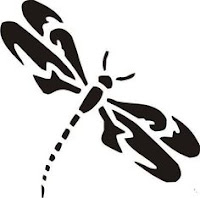 The second year I felt like a survivor. I was still sick with pain over the loss, but I was navigating life as a widow and single mom more smoothly. I had three jobs keeping me busy. Graduate school was a wonderful distraction. My family and friends had been rock solid support along the way. The second anniversary was the day I got inked for a second time.  There were tears, but I recall smiles and feeling loved.

I thought I would get through the third year like a champ with less tears, but it felt the worst of all. There had been three years of losses to contend with. Death took way more than my husband. It took parts of me that I realized would never be the same. There were daily struggles as a result of the death that I was tired of dealing with. I felt like three years was such a long time to still be grieving as though it just happened. Why did I still have so many moments of feeling like the band-aid was ripped away to reveal a fresh wound? I wanted so much to be better, stronger, to feel less pain. It wore on me to face every day without the person I had chosen to be at my side. I was angry.

Anger was the reigning emotion of the third anniversary. It was so strong that it startled me. It scared me how it could flash through me like lightning, blinding me to all the positives I had left. The injustice of all I had lost, and all that would never be strangled me. One minute I was fine, the next I was burning with a rage that felt like a network of blades tearing through me from soul to flesh. Recalling that day still makes my stomach knot up.

I decided I needed to have a plan for facing the forth year. It involved more sleep, better health, a therapist that specializes in grief and PTSD, writing, taking time to laugh and be with friends, and taking time off work the days leading to the 15th, and the day of. It fell on a Monday so I filled my day with activities that bring me peace, like sleeping in, a massage, writing at my favorite coffee shop and dinner with my friends. I had even come up with an internal chant that would move my thoughts from what will never be, to what could be. I thought I was armed and ready. Ha! I was delusional.

Grief doesn't care about preparedness. It laughs in the face of all that. It rams your consciousness with the strength of a thousand flames, and all you can do is breathe through it, tell yourself that this day will pass, and try to be as kind to yourself as possible. I let myself cry, be frustrated and feel cheated because those are all normal, valid feelings. It wasn't easy to be so emotionally vulnerable, but there was nothing I could do to stop it. It feels miserable, yet I understand that those emotions are necessary and healing. 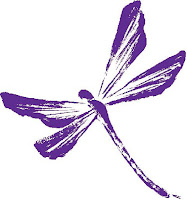 Last year I kept trying to fight it, and that was futile. That's why this year I decided on a different approach: Accepting all feelings that came on the 15th or the days leading up to it, which are often hardest. No resistance; no reprimanding myself for feeling what are normal feelings when processing grief; no chastising myself for not being emotionally stronger in year 4. Was the anger gone? Not at all. Was it painful? Most definitely. Did I expect any less? No.

In that respect, I was prepared in a way I hadn't been before. I was prepared to let the day bring what ever emotions it would, and not fight it. In these years of grieving I am learning that grief will always be unpredictable, but that if I had survived the past three years of remembering, feeling, and living through another anniversary, I could do it one more time. This is my new reality, the life I face daily. It is not the one I chose, but it is the one that I must learn to make the best of.

Posted by C.Fernandez-Morrow at 6:13 AM