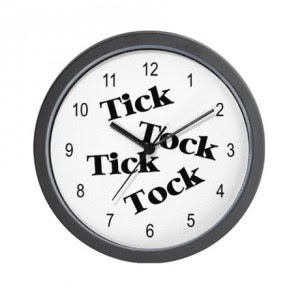 My first YA novel is going from editor to editor as my agent tries to find someone who loves it as much as we do, and wants to commit to editing it so that it can get to market. That means an editor has to convince an entire publishing house that the book is worth their initial investment to get it from raw form, to something you can purchase in various formats.

The process may vary from agent to agent, but this is my agent's approach:

First, my agent created a pitch that summarized the book in a way that lets editors know what they're getting, without giving it all away. This included using some comparisons to other books that might be similar in ways to mine. Unfortunately, there aren't many like mine on the market, so my agent had to get creative and come up with a mash-up of books that contain elements that appear in my story. She crafted the message in such a way that an editor who receives countless story ideas per day, would be intrigued enough to read what she sent.

Second, she made a tiered list of editors she's worked with who might be game for my type of manuscript. Mine is not a cheery, feel-good story. You won't find magic, rainbows or fairy dust in my work. It involves child abuse and neglect, drugs, bullies and lots of violence. I have a protagonist of color. The setting is urban. There are a few cuss words. There's bi-racial love and lesbian characters.  All of these elements have to be taken into account when deciding which editors to approach.

Once she had her proposal ready, my agent sent the manuscript to her first tier of editors. She heard back from a few and shared their comments with me. While none have taken on the manuscript, they are mostly encouraging, stating that they like my voice and writing style, but that the content isn't for them, and that they'd like to see something else from me. My agent was excited about that because most rejections do not encourage an agent to submit other work, they simply pass on the project. Editors being open to my writing is a good thing, which slightly softens the sting of rejection.

Of course I want editors to have a bidding war over my work, but this is all a normal part of the publishing process. Rejection is the most reoccurring part of it all. It is a subjective industry. There is no prototype for what editors want to commit to. If there were a formula for what type of writing will be best sellers, all books would be written the same way and life as we know it would be boring. Editors have to love the work enough to fight for it within their publishing house, and want to read it dozens of times to edit it and get it ready for market.

It is easier to get a publisher with a known writer, but as a debut author, I have no track record, no following, no reputation in the book world. This increases the risk, and makes it harder for me to get the attention of an editor willing to take on my book. But, at the same time, I believe strongly in my work and have faith that once the right editor comes along who matches my passion for the book, it will be the kind of book that someone out there needs to read. I have faith in that. It keeps me positive.

So, I wait. I am not a patient person by any stretch of the imagination, but lucky for me, my jobs, child and life in general keep me too busy to dwell on all the waiting that is part of this process. In the meantime I write other stories, revise ones I have, and try not to go insane.
Posted by C.Fernandez-Morrow at 5:52 AM