Celebrating a birthday in the wake of last week's election results sucks. I didn't feel the joy it takes to truly celebrate. But, when it came down to it, there were two feelings I needed and those were love and safety and I got both, which merits celebrating.

As I wondered what to blog about this week, the words love and safety played through my head like a chorus, and I knew that was what my heart wanted to share. But the catch was that I wasn't sure how to articulate it in a genuine way that didn't come off as gloating, or paranoia. Then I reminded myself that I just turned thirty-seven  damn it, and it's OK to be proud! I also realized that paranoia is fleeting and I won't allow it to take residence within, which took its power away and made it palatable to explore. 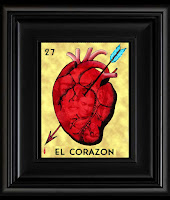 Taking stock of my life, I can't think of a time when I didn't have the security of love. From my parents and extended family, to teachers and pastors, I could read their love languages and that helped me feel secure in myself. It built my confidence and got me through the times when my ego was hurt, or my faith was rocked. In adulthood, I have the same base of love that continues to give me strength. Actively thinking about the love I have in my life, and the love I've known, I am humbled and strive to pass it along. My love language is to serve, but I understand that doesn't always translate. I have been trying to show love in other ways, and while it is a work in progress, I am committed to becoming versed in several love languages. Those whom I love deserve nothing less. 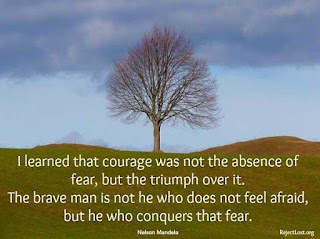 As I thought about the love in my life, I felt less afraid. These thoughts were with me as I drove my daughter and I two hours across rural Iowa on the eve of my birthday. It was dark and for the first time in over a decade, I feared for our safety on the road. I had tried to stay away from the media since the election, but I hadn't been able to escape the stories of hate and increasing assault happening against Latinos and women. When I saw that I needed gas, my heart raced and my stomach got the queasy feeling it had all week. I tried to calculate in my head how far I could get on E, while chastising myself for not filling up when it was light out. I also gave some serious thought to becoming a gun owner. Never in my life has that been a thought, yet here I was considering the logistics of living with a gun, while keeping the kids in my life away from it. I have never wanted to own a gun. There is nothing wrong with gun ownership, my dad has had one since I was a kid and I understood that it helped him feel safer raising his kids in a place where gun violence was a part of every day life. But for me, I wanted to believe that I would never have the kind of fear that would make me want to own a weapon that can take a life so swiftly, and yet here I was wishing I had that kind of power because I needed to stop for gas. With these thoughts came anger.

I have survived thirty-seven years without a gun. I didn't want to change that. I wanted to continue to believe that I was safe and a weapon of that magnitude was unnecessary. I had survived gang-infested neighborhoods and living on my own in cities where I didn't know a living soul. I have been raising a daughter on my own for the last four years and never felt that I could not keep her safe, but at that moment I questioned whether I could really do that. I calmed myself with the thought that my family was waiting for me at the end of this trip with warm soup and birthday wishes. They expected the brave woman they knew and loved to walk through their door, and that was exactly what I was going to deliver.

In the end, I got gas through a pounding heart and being diligent of my surroundings. It was uneventful and I was grateful. I finished that drive feeling less anxious, less afraid and more like myself again. By the time I had gotten all the hugs and kisses that comes from walking into a family event, I felt like my armor was back on, carried on the inside and made up of love.

I have lived a good thirty-seven years. Come what may, I plan to love and be loved well beyond another thirty-seven.

Posted by C.Fernandez-Morrow at 8:43 AM